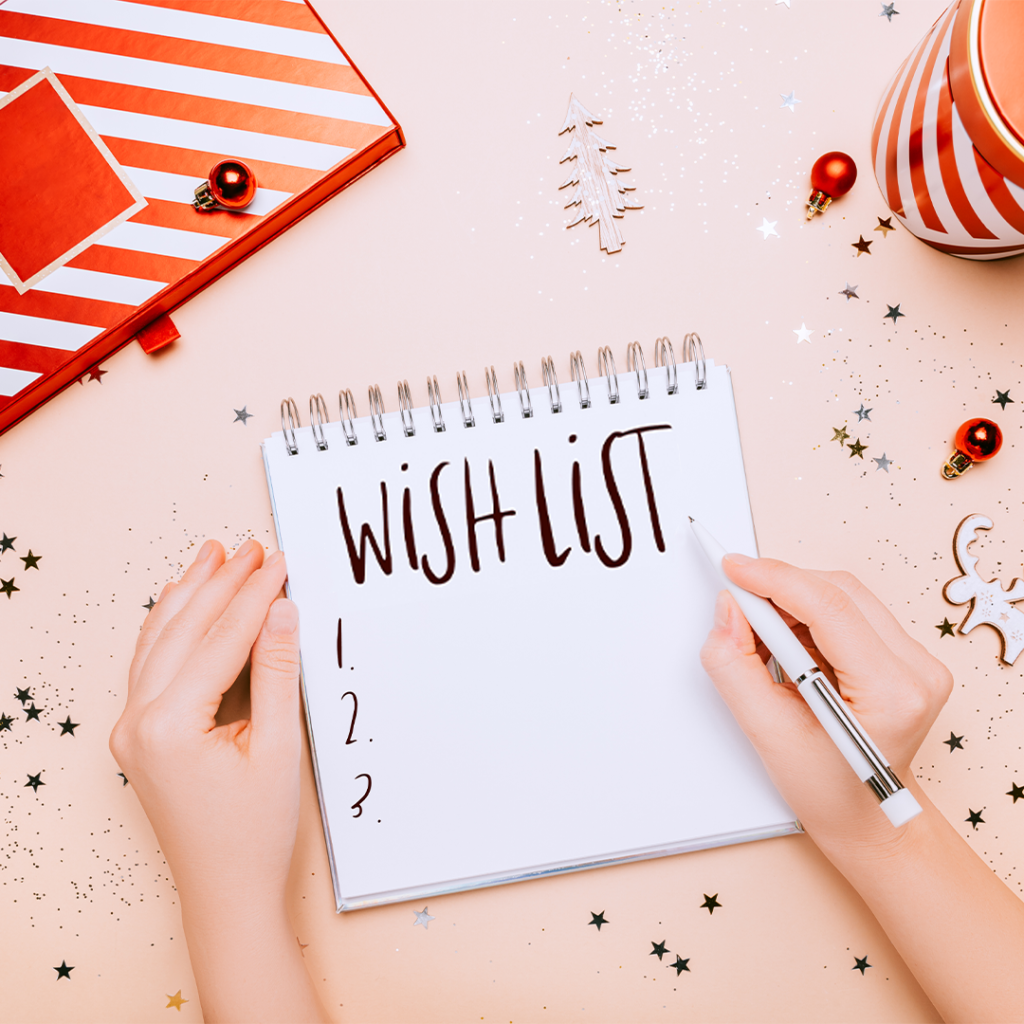 NO PURCHASE IS NECESSARY TO ENTER OR WIN. A PURCHASE DOES NOT IMPROVE THE CHANCES OF WINNING. VOID WHERE PROHIBITED BY LAW.

1. Promotion description: The ‘Christmas Wish List’ (‘Campaign’) begins on 22/12/2020 at 12:00 AEDT (Australian Eastern Daylight Time) and ends on 26/12/2020 at 23:59 pm AEDT (Australian Eastern Daylight Time) (the “Promotion Period”). By participating in the Campaign, each entrant unconditionally accepts and agrees to comply with and abide by these Official Rules and the decisions of G&M Cosmetics (“Sponsor”), which shall be final and binding in all respects. Sponsor is responsible for the collection, submission or processing of Entries and the overall administration of the giveaway. Entrants should look solely to Sponsor with any questions, comments or problems related to the Contest.

2. Eligibility: This Campaign is open only to those who are 18 years of age or older as of the date of entry. The Campaign is only open to legal residents of Australia, and is void where prohibited by law. Employees of G&M Cosmetics, its affiliates, subsidiaries, advertising and promotion agencies, and suppliers, (collectively the “Employees”), and immediate family members and/or those living in the same household of Employees are not eligible to participate in the Campaign. The Campaign is subject to all applicable federal, state, and local laws and regulations. Void where prohibited.

3. Agreement to Rules: By participating, the Contestant (“You”) agree to be fully unconditionally bound by these Rules, and You represent and warrant that You meet the eligibility requirements. In addition, You agree to accept the decisions of G&M Cosmetics as final and binding as it relates to the content of this Campaign.

5. How to Enter: The Campaign must be entered by submitting a comment in the comment box to the Facebook post announcing the Campaign and ‘liking’ the same post. The comment must be an answer to the question specified in the Campaign announcement on the G&M Cosmetics Facebook page – “What’s on your Christmas wish list?” The entry must fulfil all Campaign requirements, as specified, to be eligible to win a prize. Entries that are incomplete or do not adhere to the rules or specifications may be disqualified at the sole discretion of G&M Cosmetics. You may enter only once. If You use fraudulent methods or otherwise attempt to circumvent the rules, your submission may be removed from eligibility at the sole discretion of G&M Cosmetics.

6. Automated or robotic Entries submitted by individuals or organizations will be disqualified. Internet entry must be made by the entrant. Any attempt by an entrant to obtain more than the stated number of Entries by using multiple/different email addresses, identities, registrations, logins or any other methods, including, but not limited to, commercial contest subscription notification and/or entering services, will void that entrant’s Entries and that entrant may be disqualified. Final eligibility for the award of any prize is subject to eligibility verification as set forth below. All Entries must be posted by the end of the Promotion Period in order to participate. Sponsor’s database clock will be the official time keeper for this Campaign.

7. Prizes: One prize pack will be given away to 1 (one) winner. Each Winner of the Campaign (the “Winner”) will receivea prize pack consisting of 7 (seven) G&M Cosmetics products at approximate retail value of $62.93 AUD RRP each prize pack:

The specifics of the prize shall be solely determined by G&M Cosmetics. The ARV of the prize represents Sponsor’s good faith determination. That determination is final and binding and cannot be appealed. If the actual value of the prize turns out to be less than the stated ARV, the difference will not be awarded in cash. No cash or other prize substitution shall be permitted except at G&M Cosmetics discretion. The prize is non-transferable. Prize will be awarded and delivered by Sponsor. Sponsor is not responsible for lost or damaged items during delivery. All federal, state and/or local taxes, fees, and surcharges are the sole responsibility of the prize winner. Failure to comply with the Official Rules will result in forfeiture of the prize.

Sponsor will not replace any lost or stolen prize items. Acceptance of prize constitutes permission for G&M Cosmetics to use Winner’s name, likeness, and entry for purposes of advertising and trade without further compensation, unless prohibited by law.

8. Winner Selection and Notification: Three winners will be selected by Sponsor from among all eligible Entries at a judge’s decision. A panel of at least three (3) Sponsor employees or nominated agents will review all eligible Entries received at any given time during the Campaign Period and judge them on overall artistic merit, which may include (but not limited to): (i) creativity, (ii) style, (iii) originality, and (iv) aesthetics.

Winners will be notified by a Facebook Comment & Message on January 15th 2021. G&M Cosmetics shall have no liability for Winners’ failure to receive notices due to spam, junk e-mail or other security settings or for Winners’ provision of incorrect or otherwise non-functioning contact information. If Winners cannot be contacted, are ineligible, fail to claim the prize within 3 days from the time award notification was sent, or fail to timely return a completed and executed declaration and release as required, the prize may be forfeited and an alternate Winner selected. The potential prize winners may be required to sign and return an affidavit of eligibility and release of liability, and a Publicity Release (collectively “the Prize Claim Documents”). Receipt by Winners of the prize offered in this Campaign is conditioned upon compliance with any and all federal, state, and local laws and regulations. ANY VIOLATION OF THESE OFFICIAL RULES BY WINNER (AT G&M COSMETICS‘S SOLE DISCRETION) WILL RESULT IN WINNER’S DISQUALIFICATION AS WINNER OF THE CAMPAIGN, AND ALL PRIVILEGES AS WINNER WILL BE IMMEDIATELY TERMINATED.

9. Rights Granted by You: By entering this Campaign, You understand and agree that G&M Cosmetics, anyone acting on behalf of G&M Cosmetics, and G&M Cosmetics’s licensees, successors, and assigns, shall have the right, where permitted by law, to print, publish, broadcast, distribute, and use in any media now known or hereafter developed, in perpetuity and throughout the World, without limitation, your entry, name, portrait, picture, image, statements about the Campaign, and biographical information for news, publicity, information, trade, advertising, public relations, and promotional purposes without any further compensation, notice, review, or consent.

11. Limitation of Liability: By entering, You agree to release and hold harmless G&M Cosmetics and its subsidiaries, affiliates, advertising and promotion agencies, partners, representatives, agents, successors, assigns, employees, officers, and directors from any liability, illness, injury, death, loss, litigation, claim, or damage that may occur, directly or indirectly, whether caused by negligence or not, from: (i) such entrant’s participation in the Campaign and/or his/her acceptance, possession, use, or misuse of any prize or any portion thereof; (ii) technical failures of any kind, including but not limited to the malfunction of any computer, cable, network, hardware, or software, or other mechanical equipment; (iii) the unavailability or inaccessibility of any transmissions, telephone, or Internet service; (iv) unauthorized human intervention in any part of the entry process or the Promotion; (v) electronic or human error in the administration of the Promotion or the processing of entries.

Sponsor is not responsible for any incorrect or inaccurate information, whether caused by website users or by any of the equipment or programming associated with or utilized in the Campaign or by any technical or human error, which may occur in the processing of submissions in the Campaign. Sponsor assumes no responsibility for any misdirected or lost mail, or any error, omission, interruption, deletion, defect, delay of operation or transmission, communications line failure, theft or destruction or unauthorized access to, or alteration of, Entries.

In the event of a dispute concerning who registered online to participate in the Campaign, the registration will be declared to have been made by the authorized account holder is defined as the natural person who is assigned to a Facebook or Instagram account/an email address by an internet provider, online service provider, or other organization (e.g., business, education institution, etc.) that is responsible for assigning email addresses for the domain associated with the submitted email address. A potential winner may be requested to provide Sponsor with proof that the potential winner is the authorized account holder of the Facebook/Instagram account/the email address. If a dispute cannot be resolved to Sponsor’s satisfaction, the entry will be deemed ineligible.

12. Disputes: THIS Campaign IS GOVERNED BY THE LAWS OFAUSTRALIAANDNEW SOUTH WALES, WITHOUT RESPECT TO CONFLICT OF LAW DOCTRINES. As a condition of participating in this Campaign, participant agrees that any and all disputes that cannot be resolved between the parties, and causes of action arising out of or connected with this Campaign, shall be resolved individually, without resort to any form of class action, exclusively before a court located in New South Wales having jurisdiction. Further, in any such dispute, under no circumstances shall participant be permitted to obtain awards for, and hereby waives all rights to, punitive, incidental, or consequential damages, including reasonable attorney’s fees, other than participant’s actual out-of-pocket expenses (i.e. costs associated with entering this Campaign). Participant further waives all rights to have damages multiplied or increased.

13. Privacy: All entrants acknowledge that if they are chosen as a winner, certain of their personally identifying information may be disclosed to third parties at least as required by law, including, without limitation, on a winner’s list. All personal information submitted as part of the Campaign may be shared by and between the Promotion Entities, and each of the Promotion Entities will use such information in accordance with their respective independent online privacy policies.

14. Winners List: To obtain a copy of the Winners’ name or a copy of these Official Rules, mail your request along with a stamped, self-addressed envelope to G&M Cosmetics, Unit 3, 2-14 Atkinson Road, Taren Point, NSW, 2229, Australia. Request must be received no later than 6 months for the name of the winner and, by the end of the promotion, for a copy of the rules.

16. Facebook Disclaimer: By entering, You, the Contestant, understand that you are providing your information to the Sponsor and not to Facebook. The Campaign hosted by G&M Cosmetics is in no way sponsored, endorsed, administered by, or associated with Facebook.

Share Article
Stay up to date
Join Our Health & Beauty Hub
Stay up to date with our monthly e-newsletter, which features specials, new product launches & beauty tips.
* We will never share your email address & you can opt out at any time, we promise. 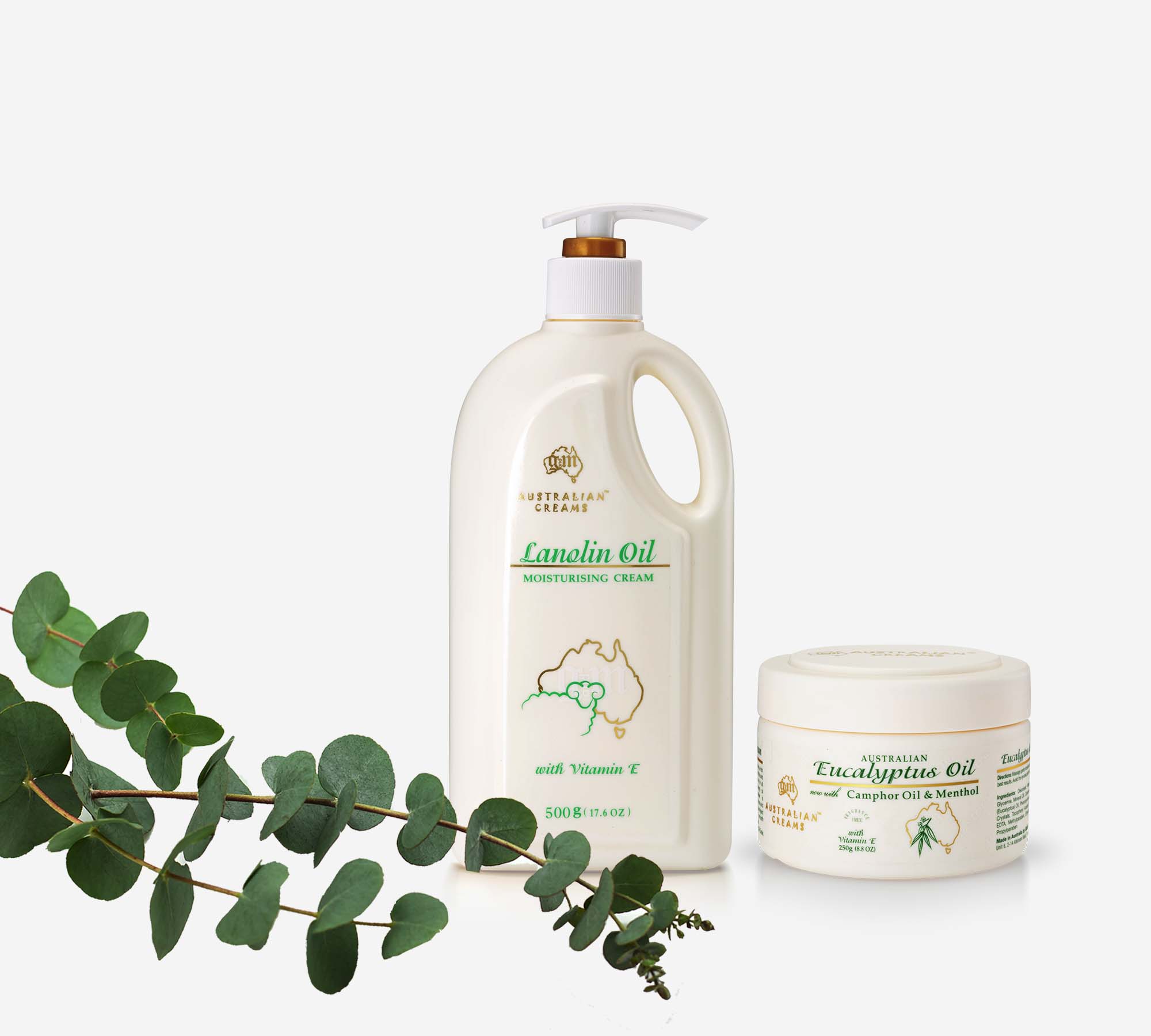 Stay up to date
Join Our Health & Beauty Hub
Stay up to date with our monthly e-newsletter, which features specials, new product launches & beauty tips.
* We will never share your email address & you can opt out at any time, we promise.